Every TRUE NORTH itinerary features a ship's biologist. The biologist leads a team of six guides - one for each adventure boat. When joining a shore party, you will always benefit from informative commentary concerning the culture and natural history of the featured destination. The biologist also presents entertaining interpretative sessions in the ship's lounge.

Dr. Lewis developed his interest in the marine environment while living on the remote north-west coast of Western Australia as a teenager. He moved to north Queensland in 1987 and enrolled in marine biology at James Cook University, completing his bachelor of science in 1989 with a double major in marine biology and organic chemistry.

In 1990, Andy worked in the Natural Products laboratory of the Chemistry Department, extracting bio-active compounds from soft corals and other coral reef organisms and testing these for suitability as future pharmaceuticals. After a year in the lab, Andy began his honours degree in marine biology, studying the reproductive biology of tropical cephalopods. He graduated at the end of 1991 with first class honours.

Andy started his PhD research in 1992 at JCU under the supervision of Professor J. Howard Choat. His thesis investigated the population dynamics of reef fishes, and their responses to coral disturbance. Over the course of 4 years, Andy made more than 220 voyages to his study sites on the outer Great Barrier Reef in his power catamaran, diving in all months of the year and amassing more than 800 hours on SCUBA. The thesis was complete in 1998 and resulted in 4 publications in international journals of marine biology.

At this time, Andy moved with his family to Magnetic Island on the Great Barrier Reef, and set up his own consultancy firm, Reef EcoTours. Initially the business began with delivering coral reef education programs to groups of tertiary students from the USA. The firm continues its relationship with several US universities, however it has now expanded into teaching programs for Australian private high schools, as well as dedicated reef ecotours for independent travellers at several locations along the Great Barrier Reef. In the last decade, Andy has logged more than 2,000 hours guiding snorkel groups in the coral reef environment. Andy also has a keen interest in underwater photography, and is actively involved in using his extensive image library to raise awareness of coral reef conservation issues.

Andy began working with True North Adventure Cruises in 2006, and now provides specialist marine ecology expertise on all cruises that visit tropical coral reef environments, including the Coral Atoll Cruise to the Rowley Shoals, the Adventures in Paradise cruise to Eastern Papua New Guinea, and the Archipelago Adventure to the Louisiades Islands. Andy takes guests to the best snorkelling locations and provides in-water commentary on the marine life, followed up with an evening image review and ecological discussion in the comfort of the True North’s bar lounge. Andy also makes a guest appearance on several of the Kimberley Wilderness, West Papua and Sepik cruises each year. 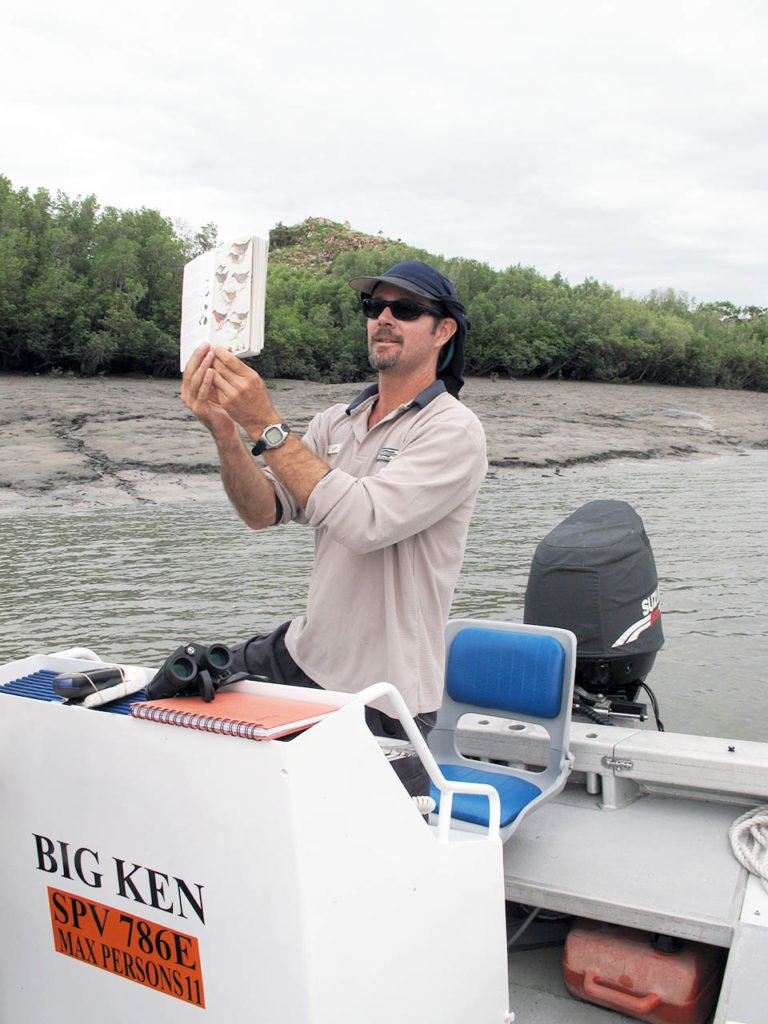 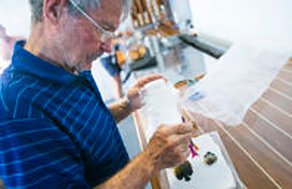 Dr. Allen is the author of more than 400 scientific articles and 35 books. He served as Senior Curator of Fishes at the Western Australian Museum in Perth between 1974 and 1997 and is an international authority on the classification of coral reef fishes. Since leaving the Museum he has served as a private consultant, primarily involved with coral reef fish surveys in Southeast Asia for Conservation International. Gerry definitely has an "old school" approach, spending as much time in the field as behind a desk looking through a microscope. He received a Ph.D. in marine zoology from the University of Hawaii in 1971 and since then has logged well over 12,000 hours of scuba diving in all tropical seas, especially the vast Indo-Pacific region.

Underwater photography is a consuming passion and hundreds of his photos have appeared in a variety of international publications. Originally from the USA, Gerry and his wife Connie have resided in Australia for over 40 years. They have two married sons, Tony and Mark, who also live in Perth. Gerry is a past President of the Australian Society for Fish Biology, an honorary foreign member of the American Society of Ichthyology and Herpetology, and recipient of the K. Radway Allen Award for Outstanding Contributions to Australian Ichthyological Science.

Dr. Erdmann is senior advisor for Conservation International-Indonesia’s marine program, with a primary focus on managing CI’s marine conservation initiatives in the Bird’s Head Seascape in West Papua. Mark is a coral reef ecologist (Ph.D. University of California, Berkeley) who has lived and worked for the past 21 years in Indonesia. During this time he has logged over 10,000 scuba dives while surveying marine biodiversity throughout the region. He has published 112 scientific articles and 4 books, including most recently the 3-volume set "Reef Fishes of the East Indies" with colleague Dr. Gerald Allen. Erdmann was awarded a Pew Fellowship in Marine Conservation in 2004 for his work in marine conservation education and training for Indonesian schoolchildren, members of the press, and the law enforcement community. Though his work is now largely focused on the management of marine protected areas, his continuing research interests include reef fish and mantis shrimp biodiversity, genetic connectivity in MPA networks, and coral reef restoration techniques, and he maintains a research associate position with the California Academy of Sciences.

He is also active on the boards of a number of local NGOs within the Coral Triangle, including Yayasan Kalabia, Reef Check Indonesia, El Nido Foundation, and the Asian Conservation Foundation. Mark now lives with his wife Arnaz and three children (Mica, Brahm and Cruz) in New Zealand, and maintains a deep personal commitment to do whatever is necessary to ensure his children will be able to enjoy the same high-quality underwater experiences that continue to provide the inspiration for his dedication to the marine environment. 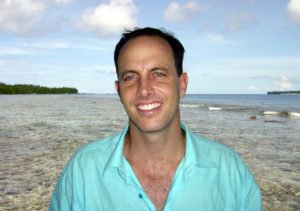 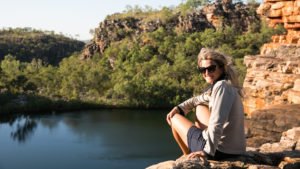 Originally from New Zealand, Natalie relocated to Australia in 2000 and spent 10 years working as a zookeeper at the Currumbin Wildlife Sanctuary on the Gold Coast. Whilst at Currumbin Natalie cared for a range of Australian fauna and delivered venomous snake and crocodile behavior presentations. Natalie developed a keen interest in threatened species conservation and as the zoo’s senior herpetologist helped to pioneer Queensland’s first captive breeding facility for endangered frogs. Natalie working on breeding programs for the Eungella tinker frog (Taudactylus liemi) and the spotted tree frog (Litora spenceri) and released over 200 frogs back to the wild. With a passion for conservation Natalie gained field skills as a research assistant or volunteering for conservation organisations such as the Australian Wildlife Conservancy, Queensland Parks and Wildlife’s Threatened Species Unit and Amphibian Research Centre and internationally at the Madras Crocodile Bank & Centre for Herpetology and also with India’s Global Venom Initiative. In 2011 Natalie moved to the Northern Territory and worked as an aquarist at the Territory Wildlife Park and as a marine turtle guide for SeaDarwin. She also worked as a field assistant on various conservation projects including threatened species surveys in Arhnem Land and freshwater sawfish (Pristis pristis) and shark (Glyphis glyphis) research in the Adelaide River. In 2014 Natalie joined the Department of Parks and Wildlife Crocodile Management Team catching problem crocodiles and educating the community about crocodile safety. You may even see Natalie on your TV screens from time to time. She has worked on National Geographic’s Monster Fish series, Australia’s Top 60 Dangerous Animals and Totally Wild.

Natalie began working as a naturalist on the True North in 2017 and uses her extensive knowledge of Australian flora & fauna to share her passion for conservation. Her favourite quote is "In the end we will conserve only what we love; we will love only what we understand; and we will understand only what we are taught." (Baba Dioum, 1968.) She remains an active member of the Crocodile Specialist Group – a network that researches crocodile conflict with humans and, she also continues her involvement with the Global Venom Initiative – a group that provides anti-venom solutions for developing countries.

Originally from Western Australia, David relocated to Queensland to undertake a Bachelor of Science degree in Marine Biology and Zoology at James Cook University (JCU). After completing his undergraduate degree, David spent several years working for the Australian Institute of Marine Science (AIMS) and in the marine science consulting industry on projects throughout Australia, Asia and the Pacific Islands. He later returned to JCU to undertake further studies and research toward his doctorate degree, in which he examined the ecological effects of marine park management in the Great Barrier Reef Marine Park.

Since completing his PhD in 2009, David has been employed as a Research Fellow at the ARC Centre of Excellence for Coral Reef Studies at JCU. His current research focuses on the ecological and fishery effects of marine reserves, the impacts of acute and chronic stressors on marine ecosystems, larval dispersal of reef fishes and the connectivity of populations.

David began working with True North Adventure Cruises in 2015. His extensive knowledge of marine and terrestrial ecosystems, combined with his public speaking and university lecturing experience, ensures that he consistently delivers informative and entertaining interpretation for our guests. 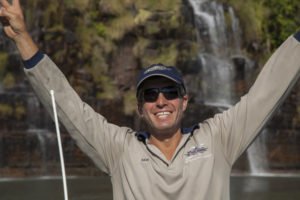