It was an early morning start. The TRUE NORTH had anchored overnight just up from Camp Creek; well-positioned for another activity-filled day in the Prince Regent River; exploring its tributaries and taking-in the spectacle that is King Cascade.

Fishing guide Jayden Blinco was in command of one of the adventure boats and along for the ride were enthusiastic guests Maryon, Warwick, Ivan and Brian. The tide was high neaps, the sun was just coming-up and the water was a glass-off. Pretty good conditions for catching a barra!

The purpose-built tender weaved its way far up the back of the Regent, dodging the many shallow sand bars to reach the first rock bar, now only just exposed above the water level.

A few casts towards the rocks, a small barra landed and a few good runs. Then suddenly – Brian’s ‘Guns and Roses’ lure hooked something big! It all happened pretty fast! Two big jumps and the silvery body of a barra came clean out of the water, she swam right, then left and then right into the landing net.

As the massive fish was heaved onto the deck, the lure flicked free and there were squeals of delight and even disbelief (mostly from Jayden) as the true size of the monster became apparent.

It was quickly measured, held briefly for the obligatory photo and then the big girl was back in the water where she belongs.

Not bad for your first barra Brian - an astounding 127cms! The largest barramundi ever caught on the mighty TRUE NORTH! Congrats from everyone at True North Adventure Cruises. 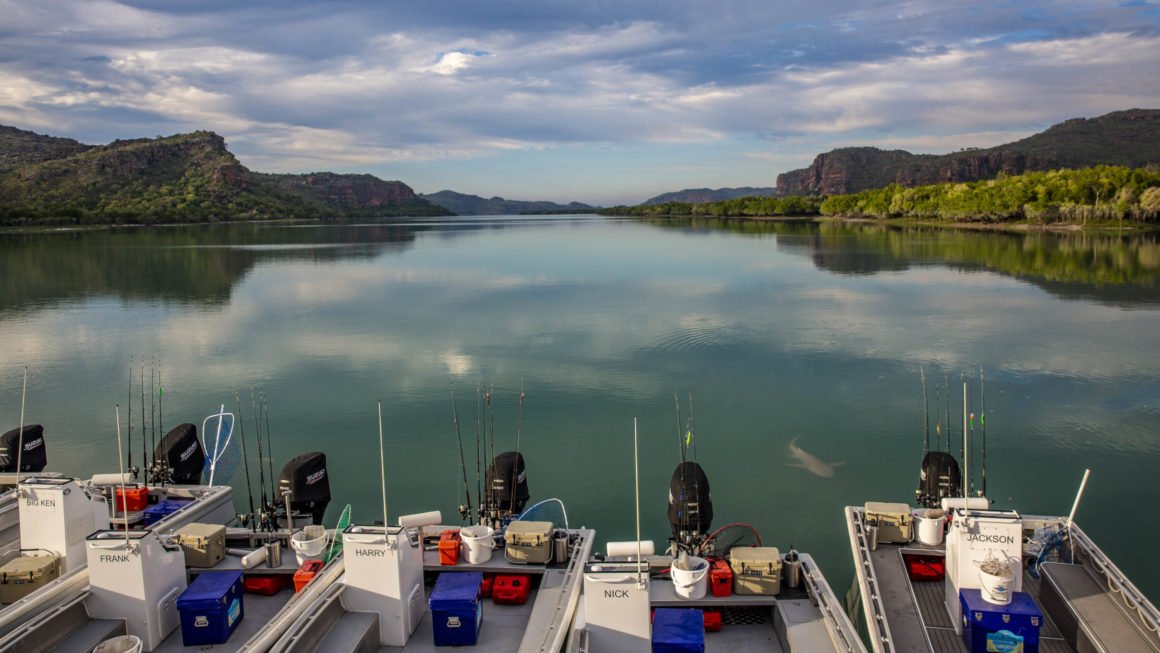 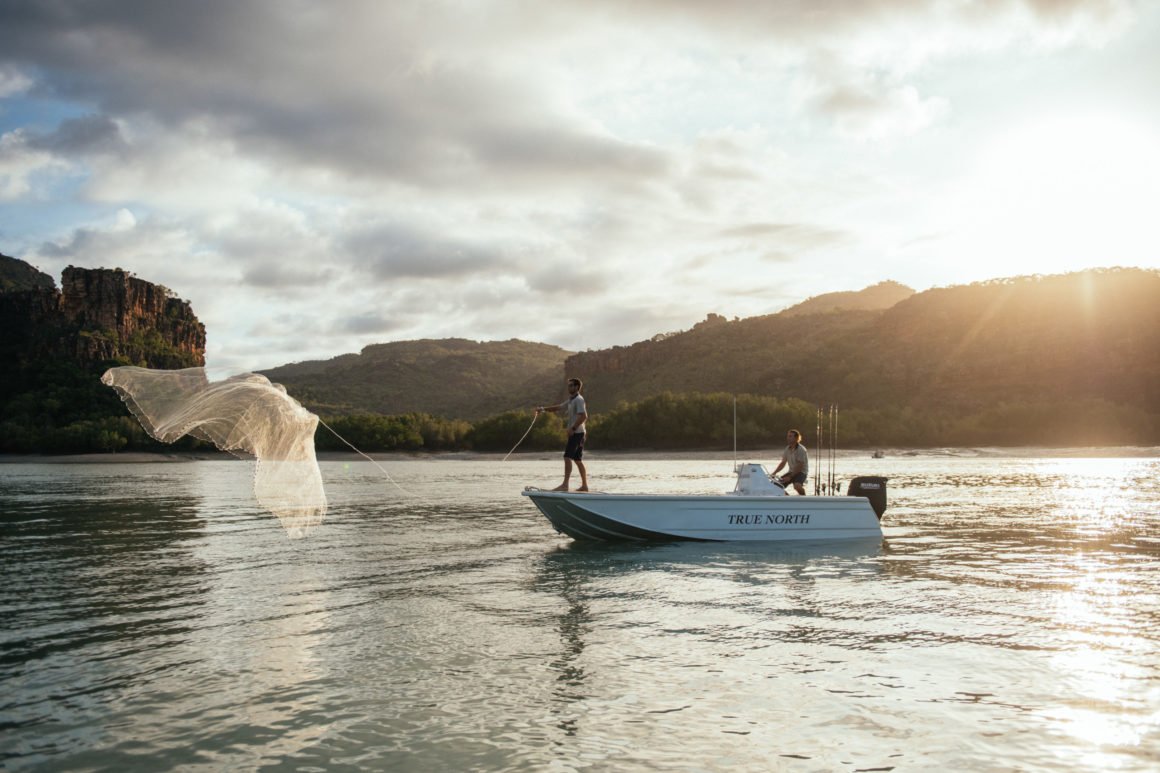 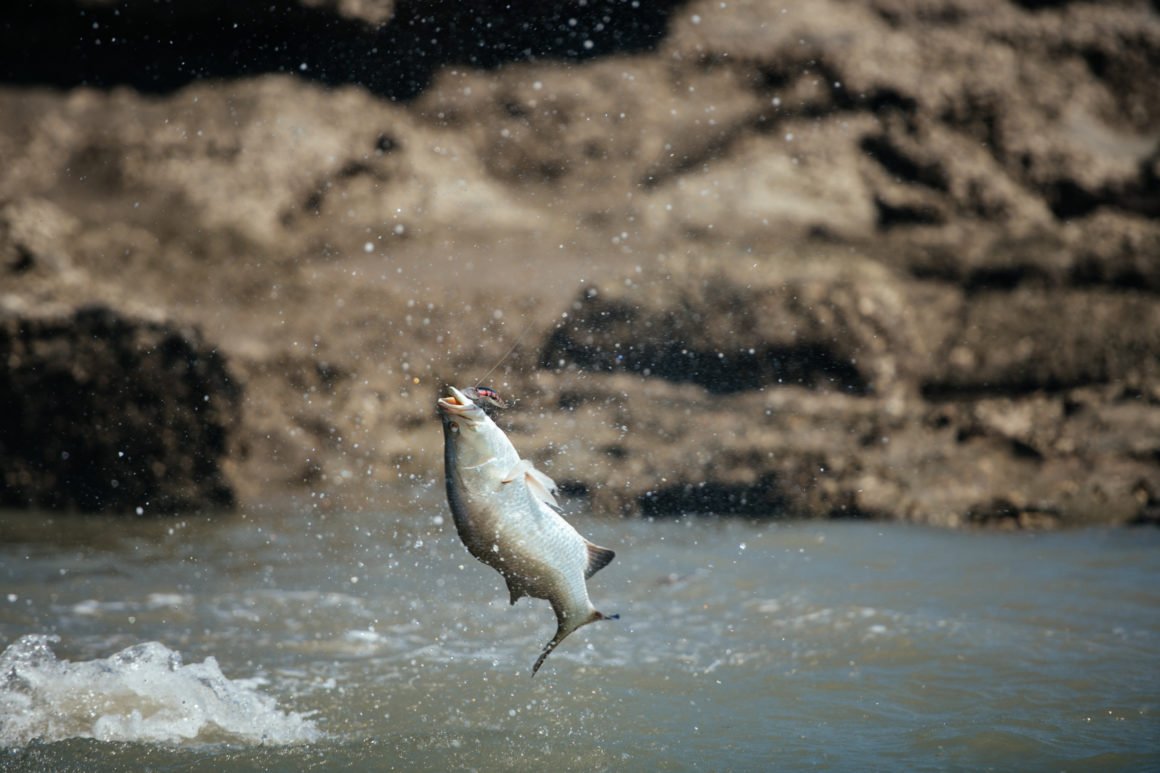 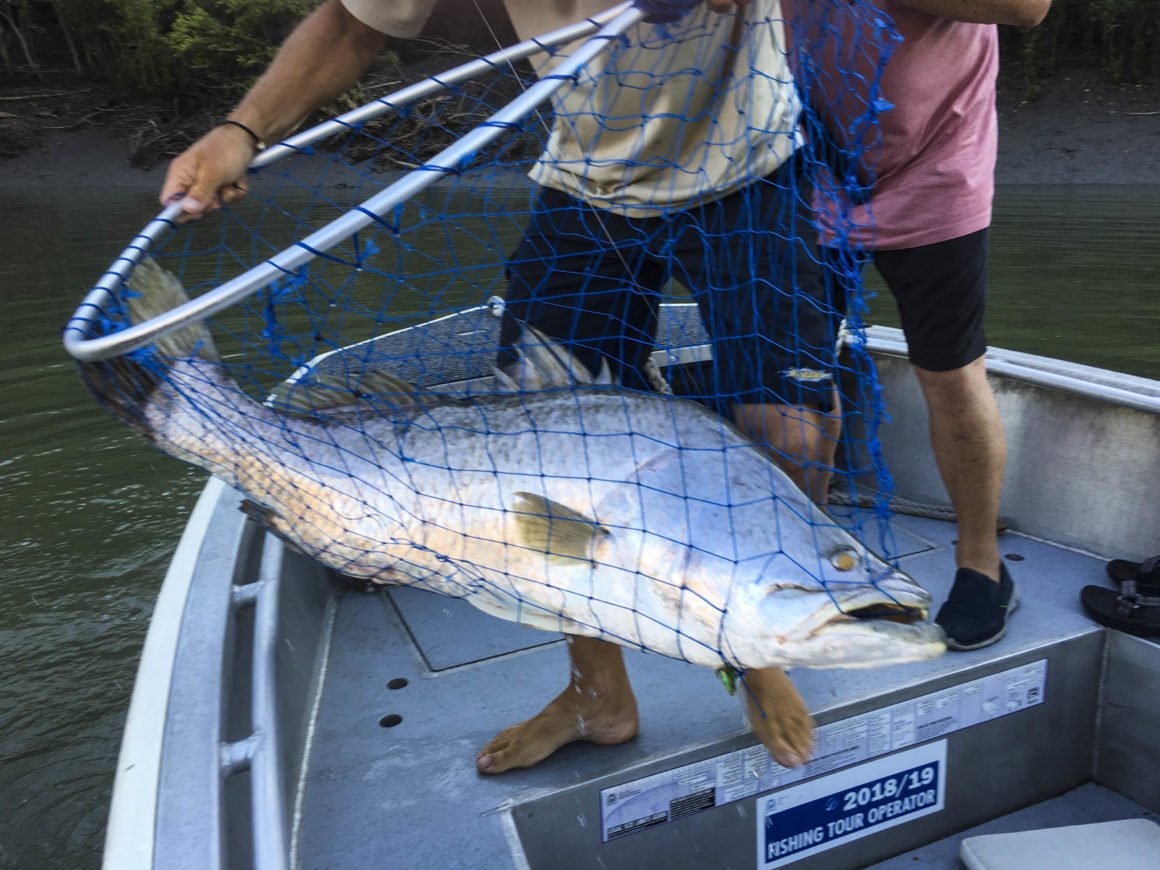 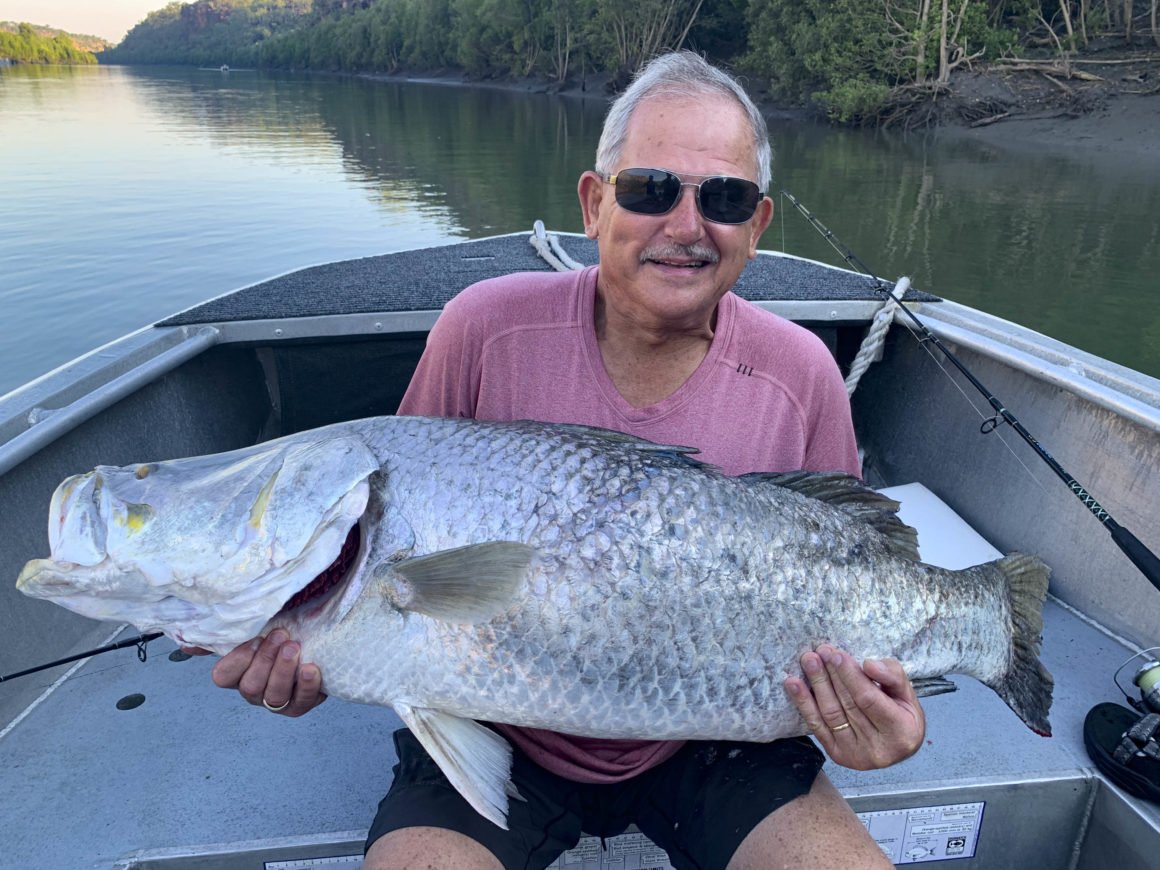