Fit For A King

MasterChef winning Rhys Badcock prepares one of his favourite delicacies from the Southern Safari. 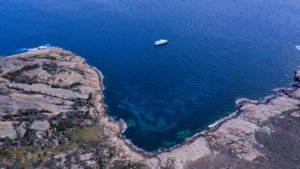 Cook large beetroot in salt water @ 180 degrees for 90 mins or until cooked through. Slice into rings.

Peel one of the golden beetroot and shave on a mandolin, or slice finely with a knife. 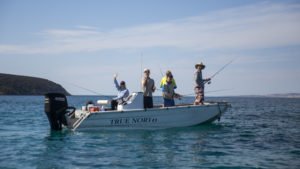 Create a pickling liquid that consists of 1 cup champagne vinegar to 1/4 cup sugar. Heat over the stove - doesn't need to be boiling and then place the boiled, peeled baby beets in the pickling liquid to steep for about an hour.

Salt and pepper to taste

Mix together to create a vinaigrette

Chives and dill for garnish

Cook the King George whiting skin side up in a pan, seasoned with salt and pepper.

Once it's 3/4 of the way cooked through, take the pan off the heat and let the residual heat do the rest. Do not flip as you want to keep the nice leopard print skin of the whiting.

To plate, create a bed of salad greens, layer beetroot then the fish.

Drizzle the vinaigrette and crumble the feta on top, garnish with chives and dill. Serves 2

Join TRUE NORTH this January and catch your own King George whiting!